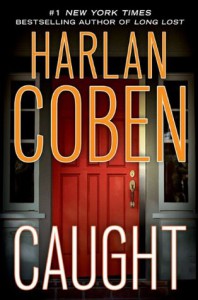 I usually cannot stand books with characters who're idiots or plots that rely on those characters being idiots, but this one wasn't so bad. In fact, I had a damn good time. I've met single-cell organisms with more going on upstairs than reporter and all around doofus Wendy, but Harlan Coben made her extremely easy to read about. There's no way she could've put any of the ending together by herself, but the journey was twisty enough that it kept my attention.

Oh, and I know Coben has a long-running series, but it was refreshing to read a thriller that wasn't part of a fucking series.

I made several updates while reading this book. I said I knew who Chynna was. I was wrong. I said I knew everything about Dan Mercer. I was, again, very wrong. In fact, the only thing I was right about what the level of stupidity of the characters. The plot was convoluted, but not in a bad way. I had to suspend my disbelief once or twice (more on that in the Spoiler Discussion), but what story doesn't call for a bit of suspension?

In summation: No reason you won't enjoy reading this one. If nothing else, it's a fine way to blow a dozen hours, that is, if you're slow reader like me. Someone like Shelbs or Kellswould likely read this in an hour or so.

Final Judgment: Stupid is as stupid does, but, here, stupid is sure fun to watch.

So I am to believe that after this girl died of alcohol poisoning in Jenna's house that Jenna kept the girl's cell phone? She went through all that trouble to bury the body way out in the middle of nowhere, but she held onto a cell phone, which she later used to frame her ex-husband. Mind you, she had no idea she would ever need the cell phone. It was just a great coincidence that the need for it arose... Riiiiiiiiiiiight...

Who the fuck hears "hunt" and "college students" and doesn't automatically think SCAVENGER HUNT! Fuck off. Wendy's bumbling ass couldn't figure that out? Come on. This lady was oblivious throughout the entire book, and I'm supposed to believe she figured everything out in the end? Nope. Not buying it.

All that white rapper nonsense was awkward. I know Harlan Coben meant for it to be awkward, but there's no way this Ten-A-Fly guy had any fans with those lyrics. He was worse than Jamie Kennedy's character in Malibu's Most Wanted.

Thanks for joining me.