This is the first book I've read using Kindle Unlimited. I got the idea to keep track of the money I save using KU from my buddy Dan. But I will not only be judging the amount of money I save. I will also be comparing the money saved to the quality of the books offered. Thankfully, I decided to start my 30 free trial of Kindle Unlimited with this book, because, holy shit, was it bad. Had I paid for it, this review would have been far more rage-y.

DNF @ 18%, but I'm going to review this because the problems I had were with the terrible writing and editing, meaning no amount of good story could have saved this. To those of you who whine about reviewers reviewing books they do not finish, kindly take a flying fuck at a wall of spikes.

The Stephen King references and Easter eggs were cute, but Stephen Bentley is no Stephen King, so they felt out of place. From a store called King's Supermarket to mentions of people with names like Barbie (Under the Dome) and Dodd (The Dead Zone) to the main character having gone to the University of Maine at Orono, where King was not only a professor, but a student. Then we have the Overlook Hospital... Okay. I get it. You've read some Stephen King. Good job. As a King fanboy you'd think that I'd have loved this stuff. But not here. Here it felt well and truly overdone, because all those nods to King occur in the first 18%. I can't imagine how many are in the book total.

The dialog is clunky and silly and at times just plain broken. Bentley fails at even getting the simplest points across without rambling on. Slight spoilers ahead:

"I felt uncomfortable out there in the dark with Jessica trading numbers, like I was cheating on Pam or was planning to, but I wasn't, and that's the truth."

No shit, Sherlock, because Pam's dead. You can't cheat on a dead person. I know what he meant, that he felt he was betraying his dead wife, but that sentence if full of unneeded words. Speaking of unneeded words, we get stuff like:

The book is written in first-person, so we know everything seen is from Dan's POV. A simple, "Jessica swallowed hard." would suffice. We know Dan saw it. He wrote the book.

Which brings me to the fact that this poor novel is in serious need of a line editor. Sure, there's a missing word here and there, but Bentley needs help with simple mechanics. He needs to have a professional work with him on how paragraphs are structured and what information should come before what information.

Speaking of information, the first 15% of this novel is nothing but info dump after info dump. Instead of getting to know the characters, like in any other cogent novel, Bentley dives right into these vague scare tactics. "Can't you feel something coming?" Ooooooo, eerie! But not so much, because we don't know the characters, one of which is stolen whole-hog from Stephen King's Dreamcatcher. Barbie is Duddits's doppelganger, right down to the way he talks. But, back to my point about the lack of character development. I can't be scared for characters I don't know. Just because you tell me something is scary doesn't make it so.

There's a bunch of silly shit in here that I won't go into too much detail about, but I wanted to highlight a scene wherein the two main characters are saying this place, Hilltown, is unique because it has ghost stories. Here's the interaction:

"All these stories." She put her pen down and looked at me. "Everyone [the people in Hilltown] has them. Did they have them in Maine?"

"Didn't have them in Fairlawn, either..."

Fucking what? What town doesn't have ghost stories? Also, I lived in Maine, for 3 years. That state is loaded with ghost stories. It was at this point, 8% into the book, that I lost all faith in Bentley as a storyteller.

Nothing happens in this book for the first 15%, and when something does happen (the characters being teleported ahead two days) they're shocked for all of a minute before going to grab hamburgers at Burger King. What? You just lost two days and your investigative approach is "Wanna grab a whopper?" Fuck off.

"Jessica threw the ball into the river. I was glad. Something about it gave me the willies. I had a feeling those pinky balls didn't belong in this universe." 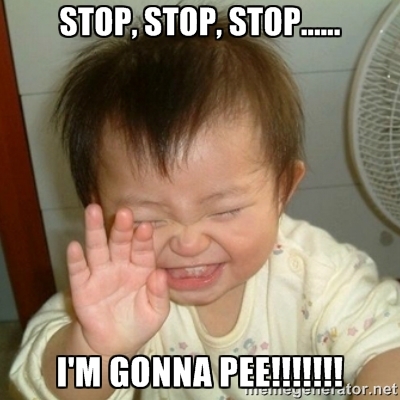 There's no reason for this dude to feel the way he does about these pinky balls. No descriptions of odd shadows or the ball sweating or dripping ectoplasm. He just... feels... like... something's... wrong... And that is this book. It just feels wrong. From the info dumps to the terrible writing to the forced foreshadowing to the goofy dialog to the tired King homage, it all just feels wrong.

In summation: Nothing can save this read at this point, so I gave up. Stephen Bentley has written what will likely become my worst read of the year.

Final Judgment: That soupy substance at the bottom of a dumpster.